skip to main | skip to sidebar

A strange and surprising year that was (2019)

2019 was a busy and surprising year.  In the last entry I told how I'd accidently become an airline pilot, which was my childhood dream.  At that time, I'd just failed the pilot training checkride, and was awaiting remedial training.

After almost a month, I got a new schedule using a facility based in Dallas rather than flying to St. Louis as before.  I did the training, passed the test and received a new Airline Transport Pilot license, with type ratings for the Embraer ERJ170/175 and 190 airliners.

Almost immediately, the very next Monday June 17th I was scheduled to start "flying the line".  My first trip was an overnight to Monterrey, Mexico - I flew the return flight.  After breakfast at DFW airport, we flew to Gray TX (Killeen) - an 18 minute flight.  Again I flew the return into DFW.  I'd made it! 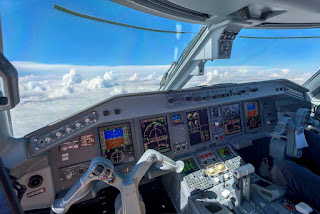 Or so I thought.  I was in a period called Initial Operating Experience, where a new pilot flies with training captains, and that period ends with a Line Check before being released into the general pool, which usually means months of sitting in the airline terminal "on reserve", a backup waiting for a mainline pilot to miss his or her flight and fill in.  I mostly felt a lot of stress and very little enjoyment flying the line, and the poor pay was resulting financial issues at home.  We flew to the same places, staying in same "economy" hotels.  On the return leg of my linecheck, I was pilot monitoring (working the radios, checklists and programming the Flight Management System computer), there was bad weather at DFW and the approach controller changed the runway for us 3 times during the arrival.  On the very last one change up, I must have forgotten to "activate" the approach (and the Captain forgot to confirm), and so the aircraft tried to line up on the wrong runway.  We caught it and flew the correct approach by hand to the correct runway.  But that was enough for me to fail the line check.

After a couple of weeks waiting, I was called into the training managers office, and a discussion occurred that was not fun.  I said that since I was now a fully trained and qualified airline pilot, all I needed was little extra time to get the needed experience - after all, I was 60 years old and took a little longer to learn.  She said that with initial ATP checkride failure and then failing the line check, I would go in front of a "captains board" and they would probably recommend dismissal, which would go on my "PIRA" record and affect future hiring.  She said (and the union rep agreed) that I should resign.  Which I did, and it was a mistake.

Now I was unemployed, and I didn't want to go back to corporate life.  So I did what any other rational unemployed pilot would do, and bought an airplane.  In August after Oshkosh, I rebought my old Sundowner back from the guy who'd bought it from me in 2011:

With N6349C back in the fold as a beginning and instrument trainer, I began flight training again, and within a month I had 3 other independent CFIs using my aircraft, and I realized there was business here.  So I bought a Redbird Flight Simulator and another airplane: 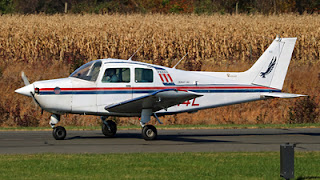 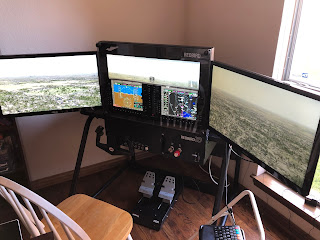 Now I had 2 fully owned airplanes and a flight simulator, and a 1/3rd shard in my old Bonanza.  Also had the right to use and training a Cessna 310 and a Piper Aztec for multi engine training, and a line up of people wanting training, without advertising or having a web page.

I also got a part time job at CAE as a right seat training partner in a Citation X full motion simulator.  I sat a 2 week type rating training course, which was exactly the same as a normal type rating course, except that CAE doesn't give me a checkride and the actual type rating until completing 80 training sessions in support of paying customers.  My type rating will be free, and they even pay me.

The final twist of 2019 was when I was called to ask if I was interested in flying right seat (first officer) in a privately owner real Citation X airplane.  Of course!  So I've now flown several real trips in the real jet (this is the actual airplane): 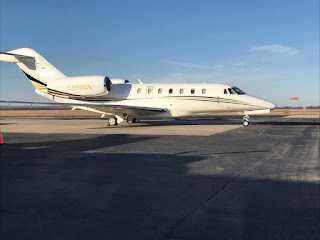 The Citation X - the fastest private jet you can buy.


So that was a strange and surprising year, that was!  I went from contract technical marketing in wireless telecoms to airline pilot trainee to flying the line, to unemployed, to super busy instructor and business owner and contract jet pilot.